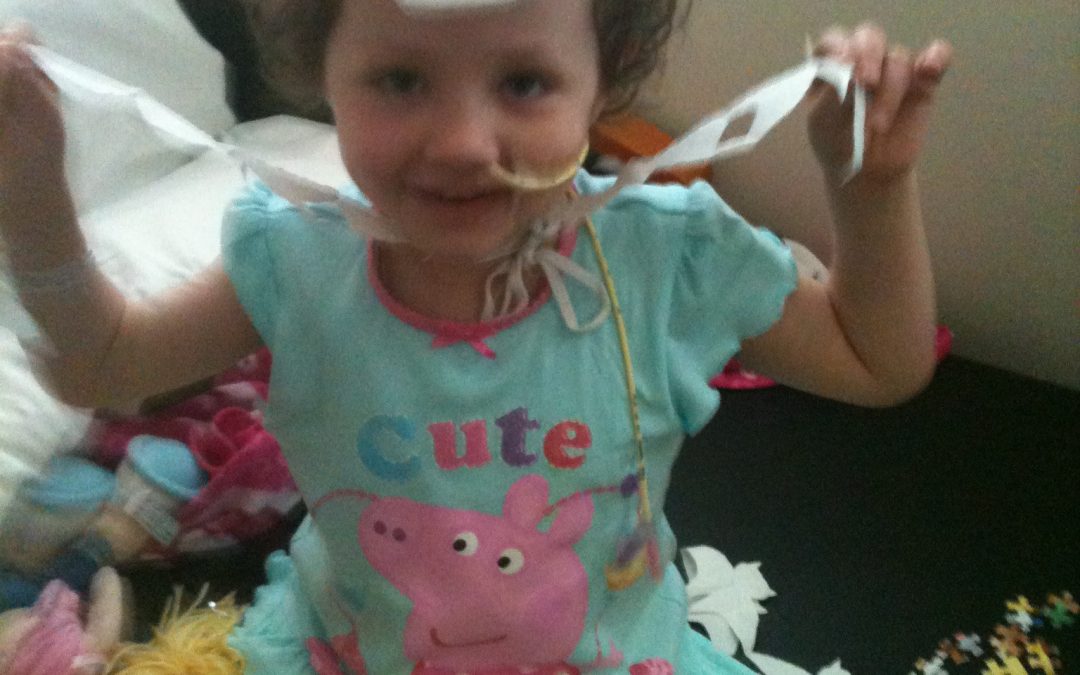 The last blog brought us up to that moment in May when the world stopped turning for us. In the blink of an eye, everything paused: life as we knew it turned upside down, all the normal was gone once again. What was particularly tough when Kerri relapsed was that we were 1 month away from our 5 year goalpost.. Its a huge milestone in cancer survivors and again we had almost made it.

That day, the Prof told us that all Kerri’s blood results were hugely abnormal. Not only was there a huge amount of leukemia cells in her bone marrow but the rest of her body had been compensating for roughly 3 months so her other organs were also in trouble. We had to be admitted that day to start treatment to correct all this before they even thought about blasting the leukemia. We knew once again by the dark talk we had that day, that this was bad- really bad. We asked could we leave the hospital for a few hours to get a few things organised (this time we had Emma to worry about too) and also to break the news to family and friends. We left the hospital around 1230 and had to be back for 530. Kerri, now 9, was so much  more aware of everything and she knew when she came back to clinic something wasn’t right. Although I truly believe she knew herself she wasn’t well, it still kills me to this day that she saw us both crying in the room that day. Her words ‘why are you crying ‘ still ring in my ears. You try so hard to protect your children from pain like that but that day it was unavoidable. We told her that her bone marrow had stopped working again, and we needed to come back into hospital later. Kerri’s understanding of her illness throughout her young years was as simple as that. When her bone marrow didn’t work, she needed to stay in hospital for Owen(Prof) to fix it. Cancer was never a word we used in the house and there was never a need for it. Kerri always accepted our explanations and moved on.

We came home in a blur, and everything looked different even the house.. in one morning everything had changed. There were 3 major differences from the other years Kerri had relapsed. Firstly, Emma: We had always looked at other families throughout our previous journeys, that had other children to worry about and were torn between being in hospital with their sick child and looking after the welfare of the other siblings. It was an ironic luxury to solely have Kerri to worry about throughout all of these tough times. But now it was different. Secondly Kerri had developed her own little network since beginning school. We knew we had to tell the school and her classmates would need to be told. Little did we know how big Kerri’s network was, and her years of being a chatterbox and social butterfly had gained her a massive network. We were completely bowled over by the support both we and Kerri received throughout this journey.  It extended from her immediate classmates and parents to the whole school both staff, pupils, parents and the local community. Thirdly, Kerri was 9, this was gonna be a whole different ball game to the last time when she was 4 going on 5. She was so much more mature in every way, and we knew we would have to deal with things differently this time around.

You can never get used to making those awful phone calls to tell family and friends the news, and actually saying it out loud makes it all so real. After many phone-calls and sorting out the practicalities (organizing Emma to be minded, speaking to Kerri’s school, I had to inform my boss I wouldn’t be working for the foreseeable future and Paul had to cancel upcoming jobs), we packed up bags for the hospital and headed back to Crumlin. They had a room waiting for us and it was all go once we arrived. Kerri’s had to get a drip of nearly 6,000mls in 24hrs for the next few days. This was to try flush the toxins out that had accumulated in her kidneys. We knew we wouldn’t speak to the Prof for 3 days as he wanted to consult other experts on the best course of treatment for Kerri. Those first few days in the hospital passed in a blur, surviving on no sleep and little food. My body just couldn’t shut  down enough to rest. My brain was constantly overthinking, and when I did sleep, I woke and for the first few seconds as i opened my eyes everything felt ok and then bang, my heart sank and the knot in my stomach returned. We had lots of family and friends visit us over these days which was such a welcome distraction for both us and Kerri. Everybody armed with goodies for Kerri and supplies for us, peoples kindness was unbelievable.

Another problem this time around was the Freddy. If you remember in previous blogs, Kerri had a big line inserted in her chest each time she relapsed so blood could be taken and drips, medications and chemotherapy can be given. Kerri already had 9 of these due to amount of relapses and other complications. So number 10 was proving a big problem. Kerri’s veins in her neck and chest were so damaged from overuse that there was no way they would get another Freddy in. So after multiple scans and discussions with surgeons, they eventually brought Kerri to theatre on the Friday and successfully got one in her groin, At last, no more needles which was very distressing for both Kerri and us.

Both myself and Paul were very anxious about the next meeting with the Prof, we were anxious to have it so we knew the plan but also dreading it. When the meeting happened, obviously it was away from Kerri, she didn’t need to hear  any of it. I think we had some hope going into it… thinking that the Prof has found a way surely, but little did we know what lay ahead. The meeting again was very dark and distressing. I was in a fret for most of it, you know that way like a child, were your tears and breath are almost crashing together. Again it was hopeless, all the experts the Prof had consulted, had told him not to treat Kerri. The best option was Palliative care, no chemotherapy, control symptoms and keep her at home as much as possible. I couldn’t believe it. Leaders in their field internationally, consultants and Professors from Amsterdam, Rome ,London and Paris had all said a big fat No!! How is this possible, how can this be?? Once again, I couldn’t move, frozen and stuck, right in that moment, another moment were I am hearing about loosing my brave girl. How many times must a mother and father hear these words? How many times do we have to hear people giving up on our girl? Paul managed to ask some questions, one of which was had any specialists outside of Europe been contacted? The answer was no, so the next plan was to contact them and have another meeting. I literally crawled out of that room that day, I could feel my knees buckling underneath me at times and Paul had to practically carry me outside to get some air, and once again deliver bad news to family and friends who were also eager to know the outcome of the meeting.