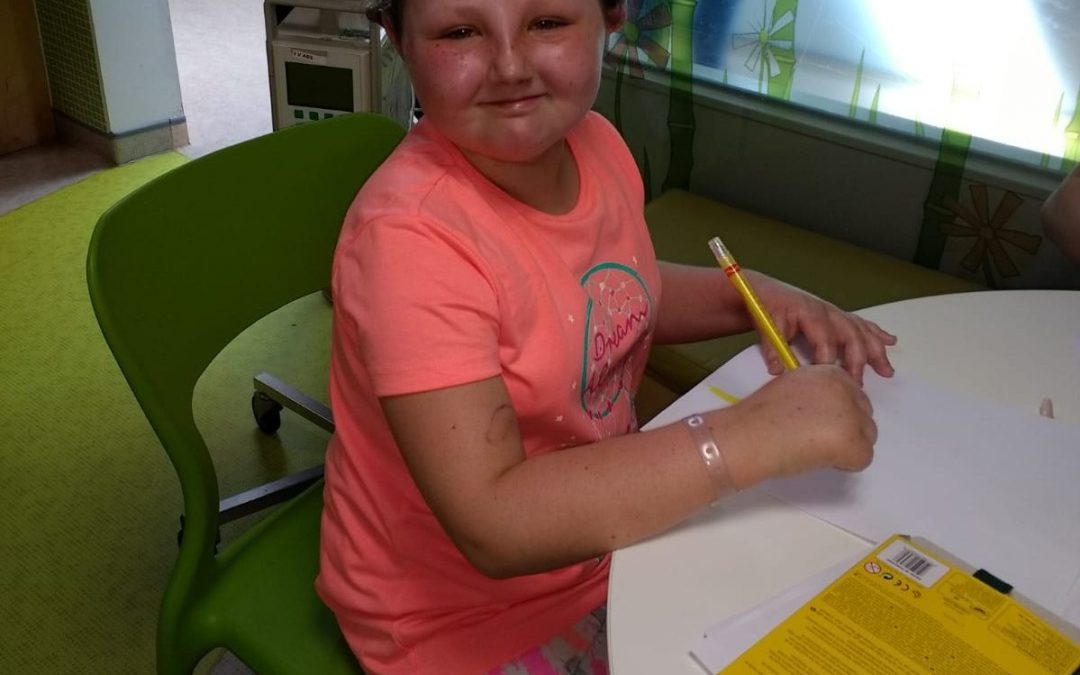 In my last blog I spoke about the memorable end to 2013, the amazing start to 2014 and the bundle of joy that arrived in 2015. The following years proved to be just as amazing as we got used to being a family of four and Kerri embraced the role of being the big sister with open arms. We enjoyed so many family occasions, holidays and just moments, great moments. Paul got to restart his business, I got promoted at work  (helped by the fact we found an amazing childminder who treated my girls as her own) and we finally got to move house (something we had tried to do for years!) Really we were on the pigs back with this normality…or were we?

I have gone back over the years and recounted Kerri’s journey from 2009, firstly, to tell people who might not know how long this journey has been going and secondly, to be honest, to avoid talking about this year. I have struggled over the past few days to know how to put the last 5 months into words. This by far has been the toughest year of our lives, and of course especially Kerri’s. I felt that by putting this part of the story on hold was maybe my way of avoiding writing it. Those dark days were and are so raw still. But I will start and try to put into words the roller coaster of emotions that have been ongoing since May of this year.

Kerri had been off school on the mid-term when things just didn’t seem right. The Friday before she was due back to school, she was very tired, off her food and then developed random high temperatures with no apparent symptoms. On the Saturday, we were having a road clean-up and all the neighbors were out cutting grass, weeding and generally tidying up. It was a scorcher of a day and normally Kerri would love this sort of thing and would probably try run in and out of other houses. But nothing I said or did would convince her to get off the sofa, and at one stage when I went in, she was asleep which was completely out of character. That night was the first time both myself and Paul really started worrying. Over the years, we have both had a panic now and then but never at the same time which helped.. Always one with a rational explanation for a random symptoms Kerri might have over the years. This was different, and on the Sunday Kerri still wasn’t right and we knew we had to get her checked out. We tried to keep our worries confined to just ourselves until we knew more as we still hoped and prayed it might be nothing. I text Kerri’s consultant on the Monday morning, and he told us to come to Crumlin on the Tuesday.

We spent an uneasy Monday and a sleepless night nervously anticipating the Tuesday. Luckily my sister-in-law took Emma for us so it was one less thing to worry about. We headed in and Kerri was quite accepting about going in even though she knew she would need a blood test done. In hindsight I think she just felt awful so was happy to go along with anything that might make her feel better. We got the bloods done quite quickly and headed off for a coffee, we knew the Prof wouldn’t see us until he had looked at Kerri’s blood film. We headed back to the transplant clinic and waited and waited.. It seemed like forever, but it really wasn’t that long until we saw the Prof walking in and we knew by looking at him that it wasn’t good. He asked one of the nurses to bring Kerri for a walk and at that moment I just broke, we just broke, it was all crumbling down again. The tears began falling down my face and the pain in my heart was unbearable. We crawled into the room not wanting to hear what we were about to be told. Again I was back to that situation were I couldn’t breathe and I couldn’t hear, I just felt such pain. It was all a blur, how could this be, how could we be back here again.