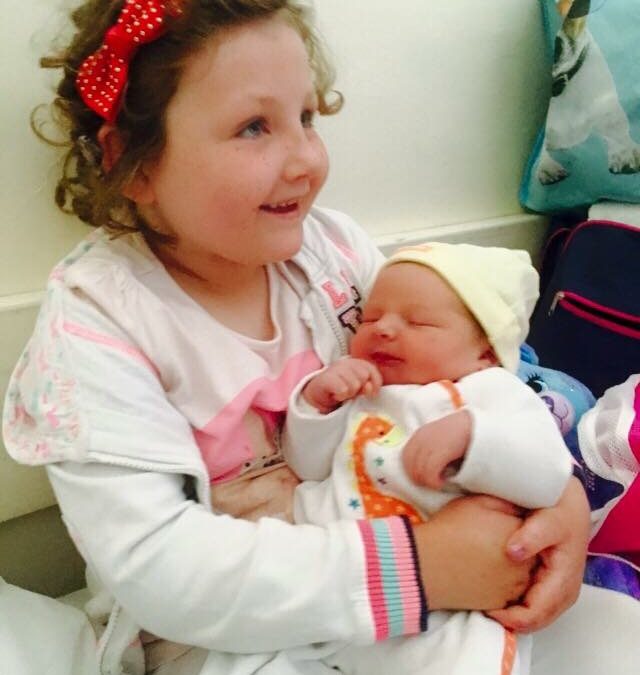 Getting home after transplant in 2013 was huge, we had been so worried going into it and now here we were at home. It was such a relief to have it behind us and to move on to the recovery stage. We were used to the post transplant routine by now and took it in our stride this time around. Kerri was due to turn 5 the following month and we went against the rules and started organizing a big birthday party for her. Kerri had missed out on most of her own and other birthday parties due to the fact she couldn’t be around crowds of children. But that year after Kerri fighting so hard to be 5, we had to celebrate it. And what a day she had, a huge princess carriage cake and a DJ in a big room to dance, dance, dance. It was quite emotional!

Once celebrating Kerri’s 5th birthday was over, we got stuck into the rest of the planning for our wedding which was approaching fast. We had obviously done very little over previous months but it was time to get back to the drawing board and get it done. As a couple your wedding day is so special, but our one had really stepped up a notch. Not only were we celebrating our marriage but also the celebration of Kerri and us as a family.

It truly was the best day ever, Kerri stole the show, and I was probably the only bride to ever be happily upstaged by another girl in a white dress. Kerri looked absolutely gorgeous, and we all had a sore face from smiling all day long. Life really was great again. To go from complete despair earlier in the year to this euphoric day was quite hard to believe.

Life moved on and we eventually started to reach huge milestones. Normal ones in most households but in our house we had milestones such as : last day of chemo or when freddy was removed or the day Kerri went into remission. It was now time to embrace to normal ones: We had our first visit from the tooth fairy, Kerri’s first pigtails after her hair growing back and  her first night in her own room again. Then these moments got bigger and bigger… Kerri started in primary school in the February 2013 and what a day that was… definitely a day that needed to be sponsored by Kleenex!

As I mentioned in a previous blog, Kerri had been diagnosed with profound to severe deafness prior to her first transplant. We had learned the year before that she was suitable to have 2 cochlear implants which would greatly improve her speech and hearing. So now that we were almost a year post transplant, Kerri was booked in to have it done on her 6th birthday. What a present to receive, to be able to hear again…

Literally from the day we left hospital in the July 2013, we never looked back. Kerri never even had to stay overnight in hospital apart from when she had the cochlear implant surgery. Not even one visit to GP or a course of antibiotics. We settled in to normal married family life and embraced all the milestones that emerged over the months and years. The worry never completely left us but we definitely relaxed and enjoyed life. Another chapter in myself and Paul’s life that we never turned the page on was the idea of a brother or sister for Kerri.. Where would we have squeezed that in over the years of turmoil? But now that normality had somewhat resumed, should we do it? I won’t lie, the prospect of another child was both nerve-wracking and exciting. The odds of you having a second child with leukemia are pretty slim but it could happen. So when we found out we were expecting a baby in July 2015, some of the anxiety we both had over Kerri resurfaced. But on the 26th July we were blessed with another little girl, a little sister for Kerri. The picture attached shows Kerri holding her sister for the first time, she was just a little  excited! Another great milestone in our lives that made our family complete.