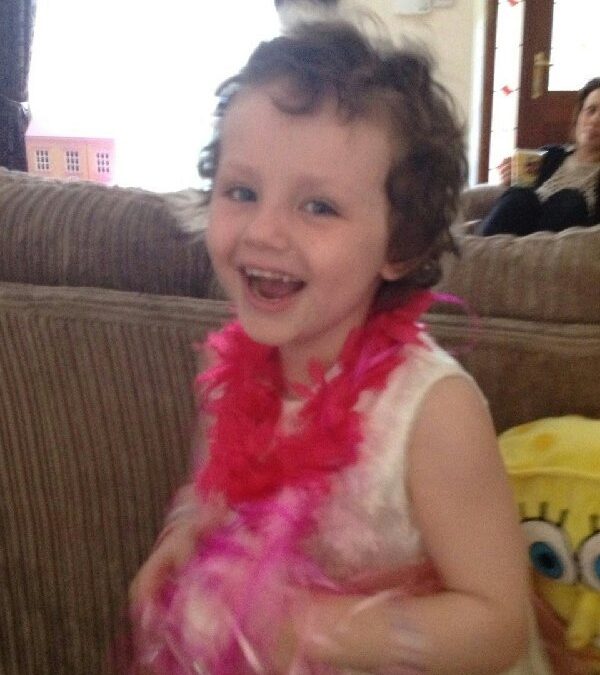 To breathe seems like a simple thing to do but that day I  felt like i just couldn’t do it, I just couldn’t catch my breath. To know just 10 months after a successful transplant, the leukemia had once again taken over Kerri’s bone marrow. We were both very overwhelmed that day and also very aware that Kerri was with us and watching everything. The consultant told us to come back to see him the following day without Kerri. That was the first really dark and brutal conversation we were to have with the Professor.

When you are hearing all these words like incurable, organ failure, palliative care and dying and its about your child, its hard for you to actually hear what someone is saying. Yes you are listening but you just cannot hear it all. And the only thing I could think in that room that day was the wedding. Now don’t get me wrong, it wasn’t the wedding itself, it was the fact that someone was trying to tell me that Kerri might not be at it. The star guest not at the wedding? But what?? We had literally just bought Kerri’s dress, how can there be a wedding if there is no Kerri? And this just kept going around in my head.. and i’m quite sure there was lots more important stuff to think that day but i just couldn’t get past this. How can life be so cruel to us again? Why would they put another battle in front of Kerri when all she has done since 14 months old is fought and fought hard.

Giving Kerri more treatment so soon after the high levels of treatment she had had only 10 months prior poses so many difficulties. You are taking huge risks and can push someone into multi-organ failure or kill them. Obviously this was of massive concern to Kerri’s consultant especially when he had two devastated parents pushing him to do something.

We had met with some of the palliative care team, which is a very difficult step… I truly believe that members of that team should really have gone through experiences similar themselves,  as unrealistic as that sounds but some things that are said to you makes you really want to punch someone. I remember being told that Kerri was entitled to go to the zoo for free…What???? So in one breath you are telling me my daughter is going to die, and in the next she gets a free pass to the zoo. Now I wasn’t being ungrateful but i think if Kerri’s dying wish was to go to the zoo, we could organize it without being told she gets a free pass!! They also suggested moving the wedding forward, which we decided for the moment to leave it as it was.

Anyway, back to treatment. The professor was liaising with all his international colleagues to see was there any treatment options. He did come back to us with the news that there could be an antibody available that might suppress the leukemia. This antibody (Myelotarg) would work on the leukemia and have minimal side effects on the rest of Kerri. The only problem being that it wasn’t widely available or approved. The search started to try obtain this drug.

While we were waiting on news of the drug, we organized family photos to be taken and we got beautiful prints of Kerri’s hands and feet. It was such a surreal time as you try to stay as positive as you can for Kerri and then like a ton of bricks, it hits you, your heart breaking bit by bit… its like nothing I had ever felt before. It was different pain to the previous years.

The consultant was thankfully able to obtain the drug on a compassionate basis (for free) from Japan, and Kerri was given the Myelotarg twice, 10 days apart and then we let it do its magic. After a nail-biting wait of 28 days, Kerri’s bone marrow was looked at again. We went to meet the team to get the results, our nerves shot as we knew this was Kerri’s only hope. Another meeting were I only heard certain things but this time the most important word I heard was remission… yes remission. They thought that the leukemia might be greatly reduced but remission was unexpected. Kerri had done it again, Beaten all the odds, defied all the experts and kicked cancers ass again.. I once again couldn’t breathe but for a different reason, we had regained hope and that’s all we wanted. We could move on to the next stage, another transplant but this time, urgency was the key so finding an unrelated donor was out of the question.. It would take too long. So I would be the donor.