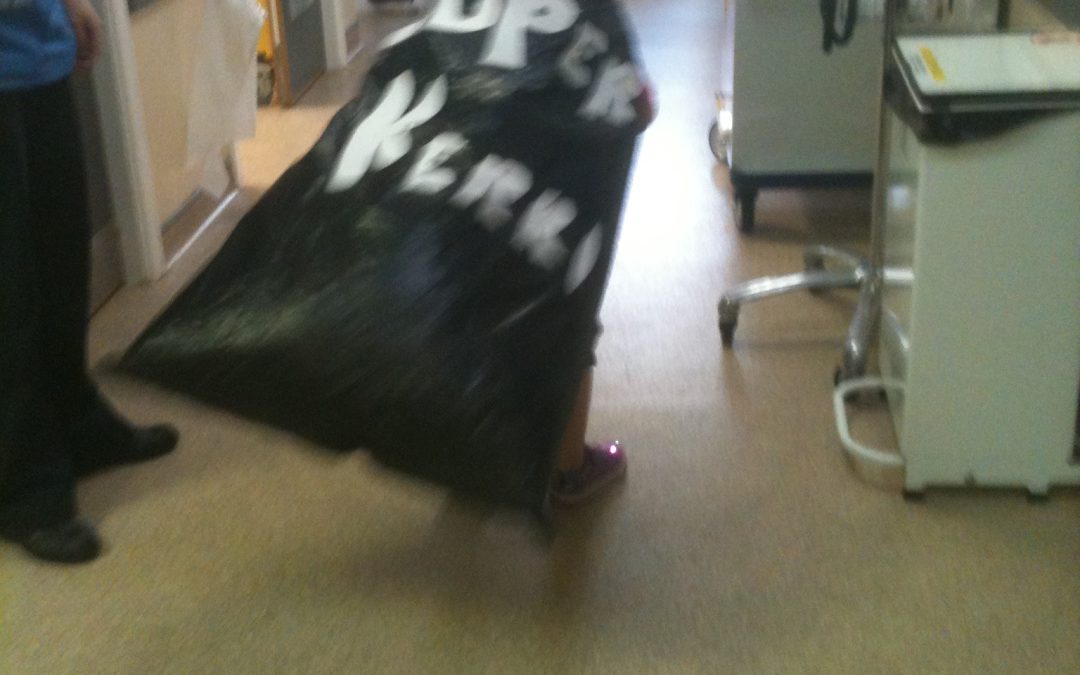 When we got the news that Kerri was in remission, the feeling of relief was just unbelievable. Lots of people, especially our immediate family, were watching their phones uneasy as they awaited the news. It was so good to make a positive phone call for a change… to be able to deliver good news and re-establish the hope that had been stolen temporarily.

Before a plan was made, we needed to have another meeting with the Prof, this happened on a Friday. He told us that ultimately we needed to decide the next step. We had 2 choices: First choice was to keep going as is, monitor bloods regularly and give blood and platelets as needed and possible another dose of Myelotarg to keep the leukemia at bay.. in a nutshell, keep Kerri at home as much as possible and enjoy our time but ultimately we knew where that journey would end, and it was not an ending we could bare to think about. The 2nd choice was to go for another transplant with myself as the donor, but we had to go into this with our eyes wide open.. this would be risky. A second transplant so close to the last one could present huge problems. The main concern was that Kerri’s liver would not be able to tolerate more toxins(drugs/chemo) and it could possibly induce liver failure which could ultimately kill Kerri. And also the fact I am only a half-match to Kerri so this in itself was risky. We were given the weekend to think about this and to return on the Tuesday with an answer.

The Friday night, both myself and Paul struggled with this huge decision but by the Saturday we had made our decision. We got to the point were the decision was actually a no-brainer. Pick the first choice, the hopeless one, and we know the ending but with the second choice we didn’t. the second choice had hope and could possibly give us our happy ever after? We knew it was a risk but we had to take it, didn’t we?

So we bounded in on the Tuesday and told the Prof our decision, we wanted the transplant! So then all the preparation began for me, I had to attend St James’s Hospital for a full medical to make sure I was fit to be the donor. Once I started my journey, it made me so aware of what the anonymous donor went through the previous year. When its your daughter, you really would let them cut of your leg if it would save them, but its a tough journey when you are donating to a recipient you don’t know. Thankfully all the results were good and I was cleared to proceed.

The date was set for the 20th June 2013, a Thursday. Again Kerri had to go in 9 days prior and start treatment. The anxiety levels were definitely higher than the previous year. The risk we were taking seemed all too real the day we arrived into the transplant unit and all the what ifs? that were scrambling around our heads. It is quite surreal when you have to make literally life-saving decisions for someone else. Yes, i know that someone else is your child, and you are their advocate but the guilt you feel questioning whether it is the right one or not,  is quite debilitating.  I was booked in to St James’s on the Wednesday night and this posed so many emotions for me. I found it extremely difficult leaving both Kerri and Paul. It was especially hard on Paul, as the 2 women in his life were both having procedures on the same day and you can only be in the one place at the one time and off course he was staying with Kerri. At the time, we weren’t married and in the eyes of Ireland’s dated law, Paul could not sign any consents for Kerri until I signed over guardianship before I left for St James’s… totally infuriating.

The toughest part of me being the donor was that I would be separated from Kerri for 3 days. I was brought to theatre bright and early Thursday morning, to allow enough time to prepare my bone marrow for Kerri to have the transplant at 3pm. When I came around after the anesthetic, I was in quite a lot of pain. I was told by the nurse in the recovery room that they had taken over 800mls of bone marrow from me. I was brought back to my room on the ward, and to be honest I was a nightmare patient from then on. The anxiety of the anticipation of Kerri’s transplant and not being with her was overwhelming. As it came close to 3pm and much to the nurses dismay, I left the ward to go for a cigarette with my brother. I just needed to get out. That really came back to bite me in the ass, because i got weak and had to be rushed back in. That’ll teach me to go against the nurses ;). I was hoping to be discharged on the Friday but it was Saturday lunchtime before they discharged me and I could return to Crumlin.

Kerri tolerated all the treatment really well and apart from 3 days that were particularly tough, we sailed through it with minimal hiccups and we were discharged home 28 days after the transplant which was amazing… The picture shows Kerri going home in the cape the nurses made her.