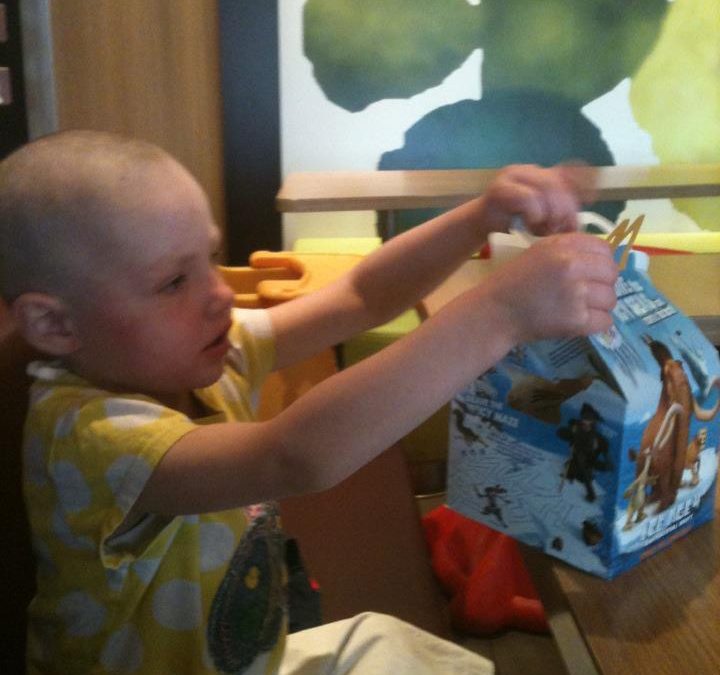 Life after transplant is very restricted. Obviously its better at home, but there are a lot of rules to live by. Firstly even prior to leaving Crumlin, the house had to be spotless, disinfected from top to bottom. Kerri had to take buckets of medication daily, mostly to prevent her rejecting the new bone marrow. She had also developed a nasty skin reaction towards the end of our stay in hospital so daily baths and about 20 different creams had to be applied. Water had to be boiled before drinking, and everything cooked fresh and eaten within 30 minutes. We had to buy individual packs of everything such as butter, cheese or anything that you would open and not necessarily use within 24 hours. Restaurants and take-aways are a definite no-go area and visitors had to be restricted,anyone even with a tickle in their throat were barred from the house.

These rules are very strict up until 100 days post transplant providing everything has been going in the right direction. Without complicating things too much, I will briefly explain the test they do to check if the new bone marrow has been accepted. Regular blood tests are done twice a week initially and these would give a good indication of how well things are progressing,  but another blood test is done to check the percentage of the donor’s DNA in Kerri’s system and it wasn’t long before Kerri hit the goal of 100% .

We began to enjoy life out of hospital and Kerri even climbed Bray head 56 days after her bone marrow transplant. She got stronger each day and on the 100th day post transplant, Kerri was allowed have her first taste of McDonalds again. Its the first place the kids are allowed eat outside of the home after transplant (as they have such high standard of hygiene in their kitchens)

Life returned to another different normal and Kerri continued to do well and we never even had one night in Crumlin once we left that day. We made the decision in the November to have Kerri’s Freddy removed to allow her once again to go back swimming and even to be able to have a bath/shower properly. Kerri had also started the assessment for cochlear implants in Beaumont hospital, to give her back some quality of hearing. She had started wearing hearing aids but they were not really improving her access to sound.

Life was feeling so normal, that myself and Paul finally set a date for our wedding (we had got engaged the month before Kerri first got sick in 2009)- 29th November 2013

We were given a date in January(2013) for Freddy to be removed and it was a success, and Kerri did not miss Freddy one bit. Once again, she was beginning to get her freedom back. We even went flower girl dress shopping and picked the perfect one for our star attraction.We continued to attend Crumlin regularly for tests.  But once again there was a dark cloud looming over us ready to turn our lives upside down once again. We were in clinic having Kerri’s usual blood tests and we were both thinking that the results were taking longer than usual. I wasn’t overly worried but Paul was really suspicious. When we  saw the Professor coming through the doors, we just knew the news wasn’t good. And bang just like that it was back. Kerri had Leukemia for the third time and it was bad…